Today’s been an exciting day. 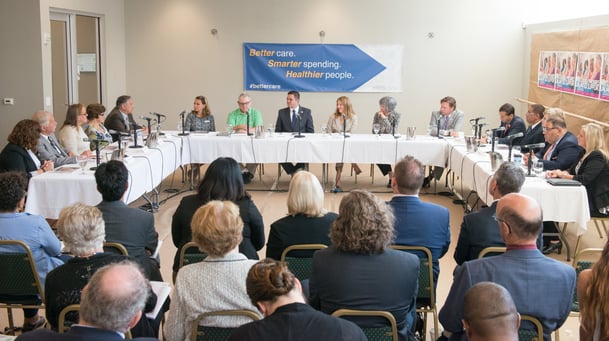 This morning, I joined a roundtable discussion in Cleveland, Ohio hosted by Secretary Sylvia M. Burwell of the U.S. Department of Health and Human Services (HHS), and YMCA of the USA. The Secretary convened the discussion as the first stop on a three-state tour to highlight ways the healthcare system, with leadership by the Center for Medicare and Medicaid Services (CMS), is delivering better care, in more diverse settings, to larger groups of Americans. After Ohio, the Secretary will be holding events in Iowa and Florida -- all intended to showcase different elements of an evolving American healthcare system.

The roundtable in Cleveland was focused on the increasingly important role of prevention and wellness in healthcare -- as exemplified by the National Diabetes Prevention Program. This event followed on the March 23 announcement by Secretary Burwell that Medicare beneficiaries enrolled in the YMCA’s demonstration project saved the largest healthcare payer in America an estimated $2,650 per beneficiary in just 18 months.

I had an opportunity to make short remarks during the roundtable, and highlight the success we’ve had enrolling seniors in the Omada Program. We’ve had more than 2,500 participants over the age of 65 enrolled - through their employer, health system, or in some cases, through Medicare advantage plans. And their results have been impressive.

Six months after starting with Omada, 84% of participants -- with an average age of 69 -- remain engaged in the program. Those still with the program had lost 7.8% of their body weight -- significantly reducing their risk for type 2 diabetes. We’ve shared these statistics before, and we’re extremely proud of them -- especially since Medicare’s commitment to investing in ounces and of prevention now to save pounds of treatment down the road is based on evidence like it.

But behind every one of these statistics is an actual individual whose life is now better.  And since the session in Cleveland was really focused on the experience of Medicare DPP participants, I had the chance to share the story of one of our Medicare Advantage participants, Rebecca. 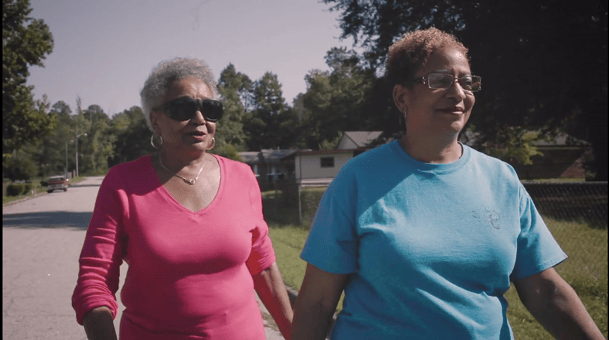 Rebecca is 75. She spent 24 years working at JCPenny, attends bible study and sings in her church choir. Her brother, older sister, and many aunts and cousins all had diabetes, and she’s lost multiple family members to the disease. When she joined our program, she told us her motivation was being able to walk for her great grandchildren’s graduations. She said that being healthy meant “being able to take care of myself, so I’m never a burden.” Now, she’s lost 25 pounds, and when her grandkids ask her why she parks the car so far away from the building, she tells them she has to get her steps in. For Medicare beneficiaries like Rebecca, they are focused on much big goals. As Rebecca put it, “There’s no way to look the same as when you’re 20, but when you’re 75 and you don’t look like you’re 90, then you’re doing something right.”

Later in the day, Secretary Burwell went out of her way to acknowledge our participation in the event.

But the news was just getting started.

This afternoon, the Centers for Medicare and Medicaid services put concrete commitments to the sentiments expressed by Secretary Burwell earlier in the day. The agency released its annual Physician Fee Schedule this afternoon -- and in that document, laid out a concrete timeline for extending a Diabetes Prevention Benefit to Medicare beneficiaries who need the service (for those not looking to skim 800+ pages, the relevant sections on DPP are pp. 621-638). CMS has said the agency will begin certifying DPP providers next year, and the reimbursement is scheduled to go live on January 1, 2018.

The agency also laid out the key points in a DPP Expansion Fact Sheet.

In the coming weeks, we’ll be digging into the draft language in the proposal, and working with others in the healthcare community to submit our comments in advance of the September 6 deadline. But as we move into the formal rulemaking phase of implementing this benefit, I thought I’d share three key principles that will guide our reactions:

At this morning’s roundtable, I had the opportunity to thank Secretary Burwell for her personal, and HHS’ agency-wide, openness to innovative solutions to our nation’s most pressing population health problems. Omada Health exists -- and we have thrived -- because we’ve been able to find policymakers that embrace new ways of addressing challenges. So we were encouraged to see that CMS’ rule makes explicit that they expect virtual DPP delivery to be part of Medicare’s program. This aligns with the opinion that we have heard from countless leaders in healthcare business and medical policy: patients should have a choice in how they access best-in-class, evidence-based behavioral counseling, because both choice and ‘personal fit’ are key drivers of outcomes.

Invest in Scalability to Address an Epidemic

An estimated 29 million Medicare beneficiaries have prediabetes, and more than 50 percent of seniors have the condition. In order for this program to have impact, we must find ways to scale certified programs to meet this need. As Medicare considers whether to scale the program nationally, or phase it in in certain geographic reasons, our response is simple: let’s get certified DPP provision to as many people, as quickly as possible -- and set reimbursement levels that enable providers to invest in scaling.

We know that digital health is still the new kid on the block, and we are committed to ensuring that provision of Medicare DPP is done in a way that maintains the integrity of CMS standards for care provision. So we’re ready to work with policymakers and regulators to ensure that DPP providers -- digital and in-person -- hold themselves to a high standard in reporting both clinical measures (like weight loss) and quality metrics. It will be on MDPP providers to accept the responsibility to minimize fraud or abuse in this new benefit. In order to deliver this life-changing program to millions of Medicare beneficiaries who need, Secretary Burwell is utilizing an authority given to her office for the first time ever. Everyone in the diabetes space -- physicians, health systems, advocates, and DPP providers like Omada -- owe it to Medicare to make sure we get it right the first time.

As I mentioned, we’ll be providing more in-depth comments on the rule in the coming months.

But today, we’re pretty excited about the future.

Why Omada Health is a Model for Effective Virtual Chronic Care

Why Omada is Doubling Down on Human-led Health Coaching

Omada is helping people shift their mindset to improve their health. Keep up with Omada: